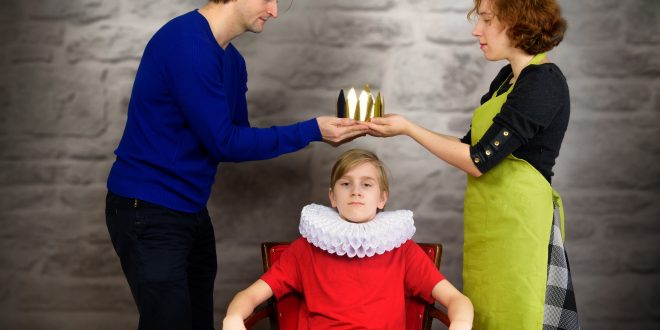 Share
Ok – I’m not even 100% sure that’s a word. But ‘overspecialising’ sure has meaning to me. The concept first came to me watching the acclaimed commencement speech of American School Leader David McCullough on YouTube. It’s an impassioned speech full of lessons learned that can perhaps only be learned through a lifetime of working with young people – and seeing the older people they become. I highly recommend a trip to https://www.youtube.com/watch?v=_lfxYhtf8o4 for 12 minutes that might alter your perspective on the value of being special.
Just one of McCullough’s quotes:

“ …think about this: even if you’re one in a million, on a planet of 6.8 billion that
means there are nearly 7,000 people just like you. Imagine standing somewhere
over there on Washington Street on Marathon Monday and watching sixty-eight
hundred yous go running by. And consider for a moment the bigger picture: your
planet, I’ll remind you, is not the center of its solar system, your solar system is not
the center of its galaxy, your galaxy is not the center of the universe. In fact,
astrophysicists assure us the universe has no center; therefore, you cannot be it.”

So stirred was I by McCullough’s assertions and his insistence that our obsession with telling our young people how special they are is damaging, that I bought his book. Written in the exact prose of his commencement speech,
McCullough unpacks the thinking, the meaning and the practical examples of just how our young people are being damaged by their own perceptions of their apparent uniqueness.
McCullough provokes us to wonder that if, as we often espouse, all of our students are special – indeed, how can any of them be. Wouldn’t that make special … average?
And further, if our students all believe that just by being that they are endowed with special skills, rights, capabilities and gifts, just how prepared will they be for the real world. Will ‘specialness’ win them a job at interview over
20 other equally special candidates? Will it save them from the sting of defeat at the swimming carnival? Will it buy them extra time and funds when they can’t cover their mobile phone bill due to the plethora of selfies posted on a
multitude of online platforms? To all of the above, the answer is clearly NO.
Being special is not only a fallacy, it’s entirely unhelpful – especially in world of fellow specials.
So what is the message we’d like our students to take from us? How can we develop a healthy self-esteem, confidence and resilience in our students so that they go into the world ready to succeed? Here’s an idea.
Firstly, let’s stop telling our students that they are special. It’s just not true. So let’s stop.
How about then, in special’s place, we tell them they are CAPABLE. Sure, it’s not as exciting a word as ‘special’ but it might just exceed it in importance if we can collectively embrace it. Telling our students that they are capable requires something of them – it implies responsibility. After all, don’t we want our students to go out into the world with:
• A determination to do good things?
• A belief in achieving their personal potential?
• A will to make the world a better place?
• A set of high expectations for themselves?
• An appreciation of the value of service to others?
… or perhaps we’d be comfortable for them to stay at home with their parents, hogging/hugging the X-Box until they are 31 and just generally basking in the warm glow of their own specialness?
Your students are special only in that they are special to you. But as the world becomes an increasingly global community they will find themselves to be no more special than the other 7 billion people whose Teachers thought they were special too. Of course, not being special has nothing to do with capability, with the pride to be taken in a hard day’s work and the achievement of raising their own families well.
Capability isn’t about changing the world or being Prime Minister. Capability is about our own unique capacity and frontiers. Many of our students lack the resilience to commence even the most basic of tasks for fear that they wont be the best – the special one. Capability isn’t about being THE best, it’s about being YOUR best.
The question is – will you start telling your students how capable they are? Go on – I think you’re capable of that!

Adam Voigt is the Founder & Director of Real Schools. Built upon years of experience as a successful Principal, Real Schools helps schools to build and sustain strong, relational School Cultures. A speaker of local and international renown, Adam has delivered a TED Talk and is the schools/education expert for The Project”.
Previous Students flick the solar switch to tackle energy poverty.
Next Should schools ban mobile phones? Five experts give their opinion, and the answers may surprise you.