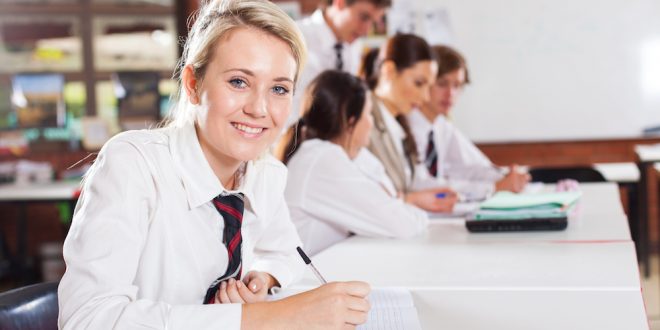 Charter schools, vouchers not a solution for Australia

A new report from the Centre for Independent Studies described Gonski funding for schools as a “fantasy” and made three proposals for school funding:

The report argues that:

Australia’s school results have been declining in international standardised tests while public debt continues to grow. For the sake of reversing the decline in both the country’s education standards and its fiscal responsibility, getting school funding right is more imperative than ever.

The rationale for introducing charter schools and vouchers to Australia is often made in the context of declining international test scores.

It is ironic that the two systems that we look to for our policy borrowing, the US and UK, consistently perform worse than Australia on these same tests.

However, evidence from the US on charter schools suggests that they are neither cheaper to run, nor more effective in improving student outcomes.

Similarly, vouchers are touted as part of a push for greater choice in the school market, but have had unflattering results, including insignificant impact on student achievement.

What are charter schools and vouchers?

Charter schools are privately owned and operated schools that are almost entirely funded by the government. They have much greater freedom over staffing and curriculum than traditional public schools, which are controlled by state education bureaucracies.

While there has been a move to independent public schools under coalition governments, these are still public schools but with some localised school autonomy.

Vouchers are a form of student-based funding that allows parents to choose any school they like, regardless of sector. An amount is allocated to each child that can then be spent on the local public, charter or private school.

The rationale is that vouchers provide choice in an education market, and charters are able to meet the needs of different students, particularly those from disadvantaged areas.

However, the CIS report admits that the research demonstrates:

There is no significant link, either positive or negative, between vouchers and student outcomes.

The report claims that vouchers are simpler, fairer, and more transparent than current funding models. Yet there is no evidence to suggest that this would be the case.

Vouchers are used in the US

US President Donald Trump is a big fan of vouchers, which give parents choice over the school to which they send their children. He has promised to significantly expand the system in the US, but overall, the research provides a mixed picture of charter schools and vouchers:

There are some serious concerns about charter schools, including:

There is also growing evidence that voucher programs do little to improve student outcomes and can allow discrimination against students with disabilities or on other grounds (race, sex, religion) as school choice goes both ways.

Concerns have also arisen over the de-funding of public education in order to fund vouchers and charters. Trump’s proposed education funding would produce this outcome. An effect of this policy is the increasing residualisation of disadvantaged public schools.

With limited evidence supporting the case for charter schools and vouchers, it begs the question why this policy would be adopted in Australia.

The CIS report questions whether Australia should continue with a commitment to universal public education, suggesting that:

more government funding than necessary is spent on public schools.

It seems that the policy is less about providing high-quality education for disadvantaged students than it is about turning education from a public good to a private commodity.

In his first parliamentary speech, federal education minister, Simon Birmingham, spoke in support of school vouchers as a means of addressing educational disadvantage.

However, there is little evidence to suggest that vouchers and charter schools will work in the Australian context, which already has high levels of school segregation and a wide range of choice and competition.

In this afternoon’s surprise education funding announcement, the Prime Minister declared that a new funding review would be conducted, even naming it Gonski 2.0.

Until the findings of this new review, once again chaired by David Gonski, are made public later this year, it is uncertain what Simon Birmingham means when he says the aim is to create a single national funding standard.

However, vouchers and charter schools are certainly not a funding solution for Australia’s schools.

This piece was written by Stewart Riddle, Senior Lecturer, University of Southern Queensland. The article was originally published on The Conversation.