We don’t know what skills and knowledge this generation of learners will need to thrive in the future. This is the reason educationalists and futurists are suggesting we teach them how to learn things for themselves instead.

At FutureFest in 2013, futurist Mark Stevenson described “school systems that are creating a belief in rote learning when most of the kids are going to have to invent their own jobs”. What did he mean? The answer might lie in his view on the infirmity of the status quo, “which is organised around hierarchies”.

In 1993, William Gibson said: “The future is here and all around us, it’s just not evenly distributed yet.” However, Mark Stevenson has predicted, “the future is coming faster than you think”.

Sir Ken Robinson, who needs little introduction to this readership said: “Our task is to educate their whole being, so they can face this future. By the way — we may not see this future, but they will. And our job is to help them make something of it.”

So how do we do this? According to Ken Robinson, “we have to go from what is essentially an industrial model of education, a manufacturing model, which is based on linearity and conformity and batching people. We have to move to a model that is based more on principles of agriculture. We have to recognise that human flourishing is not a mechanical process; it’s an organic process – and you cannot predict the outcome of human development. All you can do, like a farmer, is create the conditions under which they will begin to flourish.”

In a 2010 TEDx talk, Professor Sugata Mitra, whom many will know for his ‘Hole in the Wall’ research, shared an interesting observation. He suggested that our current system of education is derived from the British Empire’s far flung territories requiring management – after all, ‘the sun never did set on the British Empire’ in the 18th century.

This gargantuan organisational task had to be managed without computers, so a ‘human bureaucratic machine’ was employed. The moving parts of this ‘machine’ were bureaucrats; they needed to be homogenous and interchangeable. They needed neat handwriting, as all records were hand written; they needed to be able to read, and do mental arithmetic. Perhaps this is the stimulus for his often-divisive assertion that “schools as we know them are obsolete”.

Mitra explains it in his 2010 TED talk ‘The child-driven education’: Interested in the role internet access could play in levelling the field for all learners, Professor Mitra conducted his first ‘Hole in the Wall’ experiment in 1999 in a Kolkata slum. He began with this hypothesis: “The acquisition of basic computing skills by any set of children can be achieved through incidental learning provided the learners are given access to a suitable computing facility, with entertaining and motivating content and some minimal (human) guidance.”

For those unfamiliar with the ‘Hole in the Wall’ research or Sugata Mitra, computers with high-speed internet were placed in locations where computers and the internet were often unknown. One notable project was in a Tamil speaking South Indian village, where children learnt biotechnology from two English websites, with no explicit teaching, and only encouragement from a friend who encouraged ‘like a grandmother’ does.

Mitra subsequently published the research and cited results indicating students managed to master browsing and access information about topics such as biotechnology, without any explicit teaching.

Critics have accused him of being superficial and unrealistic in his approach, and over-simplifying education. Other critics are concerned about his funding sources. There has been extensive criticism about his suggestion that to solve teacher shortages, we can “take teachers out of the equation”. As most SOLEs now operate in schools, and generally teachers are involved, teacher obsolescence has not materialised.

In an article titled ‘Cloud schooling: why we still need teachers in the internet age’ published on The Conversation, University of Melbourne’s John Quay noted Mitra’s lack of educational training and pointed out that the sites chosen for a major experiment were designed by educators to ‘teach’ molecular biology.

Quay’s article purports that the role of the teacher is not obsolete, rather morphing, into the encouraging granny, or the designer of the educational programs that Mitra loaded on that computer: “Mitra’s work then doesn’t imply that teachers are obsolete. In fact, it means education needs good teachers who are much more than knowledge experts. These teachers are designers and they are Grandmothers.”

In 2013, Sugata Mitra was awarded the $1million Global TED prize, which he used to launch the School in the Cloud – an international organisation that supports the establishment of SOLEs around the world (including Aberfeldie Primary School and Belle Vue Park Primary School in Melbourne).

SOLEs involve a small group of students, a computer with the internet, and posing ‘a big question’ to students. The group collaborates, negotiates, and self-organises with the internet as a resource, and a volunteer granny as a cheerleader. The learning organises itself within the structure of the process, rather than being mapped onto the learning experience from an external source, such as a teacher, or the curriculum.

Through the work with the ‘Hole in the Wall’ research, Mitra had noticed that learning often resulted from apparent chaos and “scarcely resembled the orderly learning environment provided by a school classroom”.

“Children invariably worked in groups, interacting constantly with each other, in a somewhat chaotic way,” he wrote in his 2014 paper titled, ‘The future of schooling: Children and learning at the edge of chaos’.

“Our observations led us to suspect that their learning was the outcome of a self- organising system. I use this term here in the same sense that it is used in the physical sciences or mathematics: a self-organising system is a set of interconnected parts, each unpredictable, producing spontaneous order in an apparently chaotic situation.”

I managed to connect with Sugata Mitra around some engagements in Australia and New Zealand and ask him a few questions.

Professor Sugata Mitra, is the future of education just about technology, or is this just a carrier for a different kind of evolution – one of collaboration and self-initiated energy transfer?

The future of education is closely connected with the future of learning. Technology will play a role in these futures, but technology is not the most important game changer anymore (it used to be). The Internet is the big game changer. Not just for education and learning, but for everything else – our lives and the future of our species on this planet.

We have transitioned into a ‘complex dynamical system’, where we are all connected to each other and, increasingly, to machines. All the time. In that world, we will see spontaneous and unexpected order appear out of chaos. All of humanity becomes a ‘self-organising system’. My ‘Hole in the Wall’ experiment of 18 years ago was pointing at this, but I failed to see its implications then.

We have created a world where learning manifests as spontaneous order out of immense connectedness. This is why children in SOLEs show abilities in excess of what we expect from them.

How long do you think it will be before the old-school format is replaced? What would it take?

I used to think it would be a slow and painful change. I don’t think so anymore. Today, we can tell when someone (for instance, a learner) is consulting the internet, because he or she will be with a device that can be seen.

In a few years’ time (three?), this will no longer be the case. The internet will be accessed through devices that are tiny; they would be invisible. Maybe inside our ears, maybe inside our eyes, maybe even inside our brains.

When that happens, it will no longer be possible to tell whether a person ‘knows’ what he is saying or is just accessing someone else’s web content.

This will destroy the examination system as we know it – along with the schools and teachers who cater to this system. We will have to redefine ‘cheating’. Looking at your watch to tell the time is not cheating, is it?

We won’t need to know – until we need to know. Sometimes not even then, because of machines that remove the necessity for us to know. Teachers will need to prepare learners to find and solve their own problems, quickly, accurately and discerningly. The teacher’s job will be unimaginably different from what it is today, but we, (teachers), can prepare for this from now – if we want to.

What is worth keeping in your opinion?

What is worth keeping will be our memory of an incredibly primitive past, when we were not connected continuously. Children will scarcely believe such a world existed.

Can you tell me more about your comment: knowing is obsolete?

Our education today is mostly about knowing things just in case we ever need that knowledge. It is a ‘just in case’ education – the kind that needs to reside in our heads because we might be stranded on a deserted island with no technology or internet. That kind of world does not exist anymore. We need to change to a ‘just in time’ education, where we have the capability and the means to know when we need to. Knowing in advance would be a luxury not worth having.

Teased and bullied – the challenges of starting school with a stutter 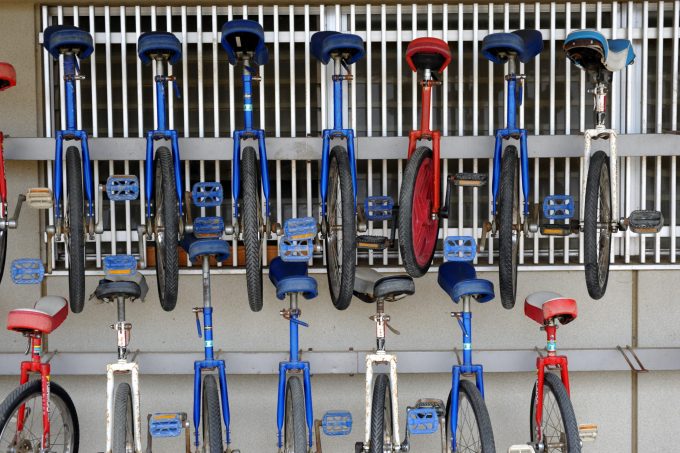 If you build it, they will ride: The secret to getting kids on the move. 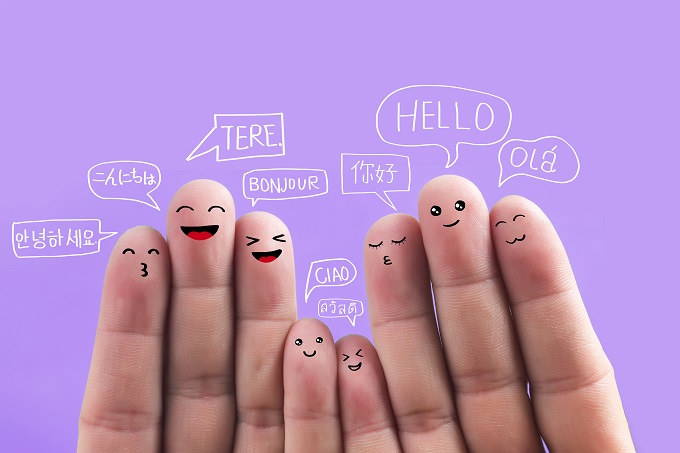 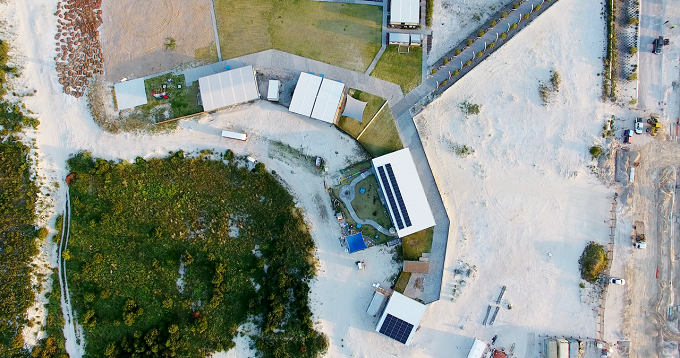