Media Release and Report by Bill Lucas Professor of Learning and Director of the Centre for Real-World Learning at the University of Winchester and an international adviser to the Mitchell Institute.

‘Capabilities’ isn’t just a buzz-word – it must remain a national focus for Australian education.

Recently calls for our education system to enhance capabilities have been getting louder, causing some who are new to the conversation to wonder where this ‘fresh’ learning approach has come from.

However the latest paper from Mitchell Institute at Victoria University shows that capabilities like critical thinking, creativity and communication have been valued in global education systems for centuries.

Mitchell International Advisor, Professor Bill Lucas, offers context around this hotly-discussed topic by outlining how capabilities are a core part of learning all over the world.

“Capabilities are useful in education and in life, so need to be treated with the same respect that is applied to general subjects,” Professor Lucas explained.

“Many Australian educators have recognised capabilities for decades but the recent spotlight on this area, particularly in the wake of the Gonski Review, has caused capabilities to seem, to some, like a trending fad.

“The truth is, education has a long and wide-reaching history of growing capabilities and character in young people. They have conquered the tests of time and distance because they are incredibly valuable.

“Capabilities not only help students engage with learning, they can be the difference between simply knowing a fact or a skill and being able to use that in a job or a social setting.

“As Australia is experiencing increasing interest in this area, it is worth highlighting that there are a lot of frameworks out there addressing capabilities, and many – including Australia’s – have common features.”

Capabilities are typically things like creativity, critical thinking, digital literacy, problem-solving and adaptability. Australia uses the term ‘capabilities’ but they exist in many international systems under various terms, like competencies, habits of mind, attributes and dispositions.

While there has been growing interest in capabilities in recent years, discussions have peaked following the recent Gonski Review, which explicitly recommended for Australia to ‘strengthen the development of the general capabilities, and raise their status within curriculum delivery.’

Professor Lucas is looking closely at how Australia’s education system can best cultivate capabilities in students of all ages, to inform a Mitchell policy report that will be published later this year.

Capabilities in Context: A Snapshot of Historic and Global Approaches

Education systems are responsible for more than developing knowledge and skills – they also need to equip young people to become capable all-rounders. This is not new or unique to Australia. Capabilities appear in education designs all over the world, and have done so for centuries.
Calls to embed capabilities in schools are gaining prominence in Australia. Education policy discussions are increasingly focusing on how capabilities can unlock potential in young people – preparing very young children for school, improving assessment scores at school, supporting transitions through education and preparing young adults for work.
There has been some resistance to the idea however, with capabilities considered as ‘novel’ or even a fad. This isn’t the case – capabilities have been recognised by a variety of names in many places for hundreds of years. A better understanding of their importance globally and historically could help inform decisions for improving current systems.

Beginnings of curriculum and character in education

Many education systems worldwide were established with both knowledge and character as central concerns.
For example, education was viewed as a moral pursuit to promote trustworthiness, social harmony and empathy across Asia. In Europe, early attempts to organise what was taught in schools and universities focused on seven aspects of the liberal arts – grammar, logic, rhetoric, arithmetic, geometry, music and astronomy.
Today’s Australian curriculum is shaped by both approaches. It includes moral pursuits like integrity, ethical understanding and empathy as well as eight subject-based learning areas.

Australia shifted to a centralised system of public schooling in the mid nineteenth century. The school curriculum was relatively static, essentially based on the 3Rs – reading, writing and arithmetic – plus a smattering of other subjects such as geography and religion or trades and crafts for vocational options.
As societies worldwide expanded schooling to all children, it became clear that schools contributed something beyond academic knowledge and practical skills: the development of character. And character had both a moral sense and a role in improving performance at school and in life.

Universal education systems expanded throughout the twentieth century. Social change, economic shifts, technological advances and political imperatives prompted school systems to rethink how they could best build the knowledge and skills of populations.

This led to debate about what schools should teach. Should they focus on academic knowledge or practical skill, prepare students for life or for work? And what wider purposes might education serve?
In practical terms this debate was often answered by separating students in their teenage years to follow either an academic or a vocational route.

2000s – Global connectivity
The Melbourne Declaration in 2008 marked a significant moment in global education history for capabilities. Policy makers agreed that education should develop capabilities, committing to an explicit goal for all young Australians to become successful learners, confident and creative individuals and active and informed citizens.
In 2015 the OECD boosted the status of capabilities by staging the first Programme for International Student Assessment (PISA) test of collaborative problem-solving. In 2021 their focus will be on creative thinking. Capabilities now sit side by side with English, maths and science in the eyes of the world’s most influential education body.

Capabilities around the world
While in Australia today there may be debates about how much school should be about knowledge and skill or capabilities and dispositions, we’re realising that it isn’t possible to reduce education to such binary alternatives.
A growing number of organisations across the world have begun explicitly promoting a need to teach something broader than knowledge and skills, describing what Australia calls ‘capabilities’ using many different terms.

Bill Lucas is Professor of Learning and Director of the Centre for Real-World Learning at the University of Winchester and an international adviser to the Mitchell Institute. He was recently appointed by the OECD as co-chair of the strategy group advising on the new PISA 2021 test of Creative Thinking. 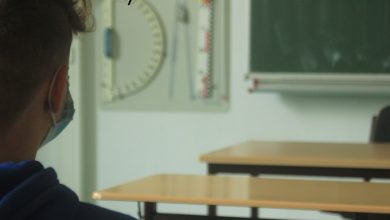 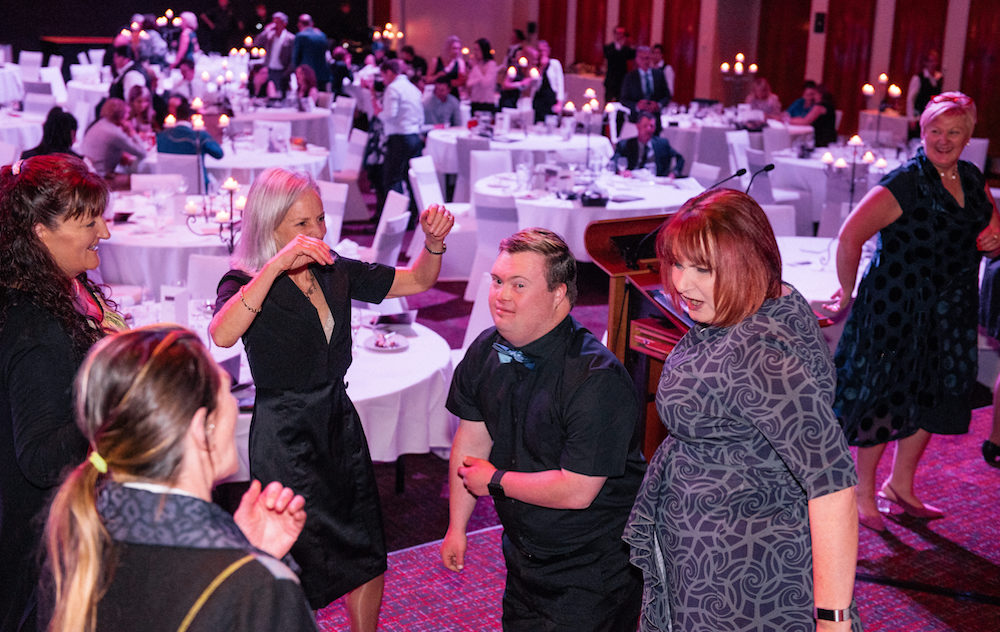 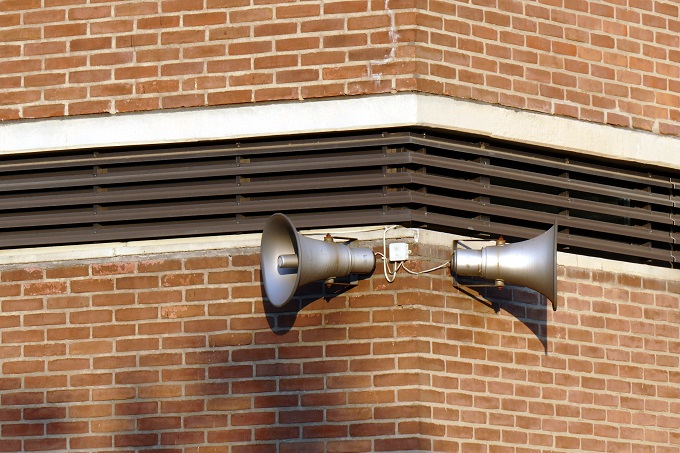 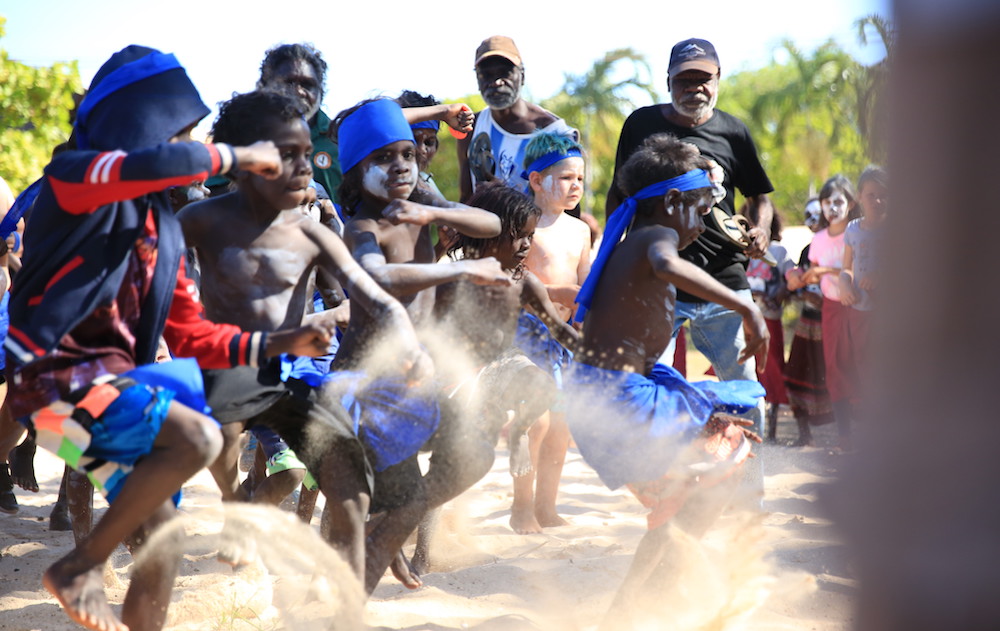