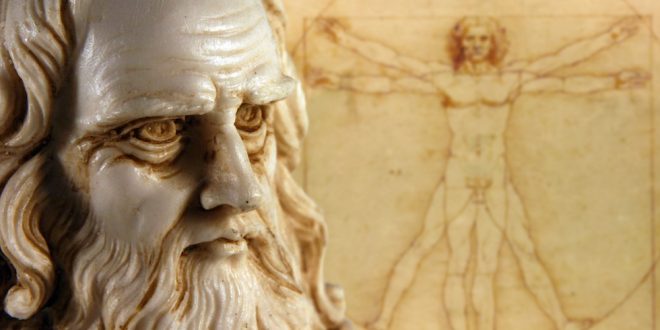 I have a problem with STEM. There’s something missing. Now, let me be clear. Science, technology, engineering and mathematics are vital areas of the curriculum. No argument. Students should be encouraged into these subjects.

But if there is one lesson I have learned as a teacher over the years, be wary, very wary, of buzzwords, Capitalised Concepts and acronyms. And in STEM you have all three.

Let us put to one side the controversies around STEM that have originated in the country that coined the term, the US; its political origins, myths about a shortage of science graduates, links to immigration policies there, the connections to the military/industrial complex. All these are on the public record.

Having experienced the negative influence of NAPLAN on teaching and learning, my concerns stem (my apologies, couldn’t resist) from the obvious further narrowing of the curriculum that may occur and, in particular, the potential adverse impact on the teaching of the arts.

I was quite encouraged when I attended the NSW Secondary Principals’ Council Conference in June this year. The conference theme was STEAM. The addition of that one letter to represent the value of arts education delivered a powerful message, but one I fear is largely being ignored by policy makers.

Far too often, the term “evidence-based decision making” is thrown around as a means of shutting down debate. Yet, with the teaching of the arts, the overwhelming evidence collected over decades on its effect in improving a child’s emotional, social, physical and intellectual growth is largely, and too often wilfully, ignored.

One of the most famous studies is from the US called Champions of Change: The Impact of Arts on Learning, which should be required reading for anyone interested in education.

The report from 1998 is comprised of seven landmark research projects that studied a variety of arts programs including theatre studies, student performance, visual arts, music education, instrument tuition, the teaching of Shakespeare, arts education in disadvantaged communities, the impact on students “at risk”, and arts teaching across the curriculum.

The research findings were ground breaking.

They showed that the arts reached students who were not otherwise being reached. The arts connected students to themselves and to each other while transforming the environment for learning.

For students who need extending, the arts provided new challenges for those students already considered successful as the arts encouraged self-directed learning and allowed for the management of risk by the learners.

There was also a high correlation between quality music education and a significant lift in student achievement in mathematics. Other arts programs lifted reading proficiency significantly.

The academic gains by students in formal arts programs became even more pronounced over time. Importantly, these patterns of achievement remained true for students from low socio-economic backgrounds.

By way of contrast, the researchers found substantial poorer outcomes, academically and socially, for students from similar backgrounds but who had not been involved in quality arts education.

A recent article in The Guardian, “How to improve the school results: not extra maths but music, loads of it”, tells the story of a UK primary school in Bradford that is enjoying a significant lift in student achievement by mandating a minimum of six hours per week of formal music education. School attendance is now at an all-time high.

The head of the school reports “teachers have found that asking children to memorise passages of Shakespeare’s The Tempest, for example, improves reading and writing”.

This school serves a low SES community with 99 per cent of the student population coming from a language background other than English.

Professor Susan Hallam of the University College London published another powerful study, The power of music: its impact on the intellectual, social and personal development of children and young people.

Among her findings she reports: “Speech and music have a number of shared processing systems. Musical experiences which enhance processing can therefore impact on the perception of language which in turn impacts on learning to read. Active engagement with music sharpens the brain’s early encoding of linguistic sound. Eight-year-old children with just eight weeks of musical training showed improvement in perceptual cognition compared with controls.”

Closer to home, we have our own champions of change such as conductor Richard Gill, renowned pianist Simon Tedeschi, and music educator Assistant Professor Anita Collins of the University of Canberra, who has researched the effect of music education on academic achievement and brain development in children.

According to an article by Deborah Jones, “How music wires your child’s brain for learning”, Collins’ research “shows that learning music is better than any other activity at improving cognitive capacity, particularly in numeracy and literacy”.

Professor Collins argues: “Essentially, music is wiring the brain extremely well for any other kind of learning. It’s setting up all the neural pathways that are needed for quick transfer of information. It’s really good for delivering information, being able to think about information in a creative way, being able to pick up nuances in information, in speech and all sorts of other things.”

So, let’s make sure we have space in our curriculum for all our subject disciplines rather than privilege some over others.

Imagine if we had policy makers who, instead of obsessing over NAPLAN data, used their energy to champion the role of arts education in the curriculum.

Now that is something a robot NAPLAN marker won’t ever be able to do, unlike a child engaged in the arts.