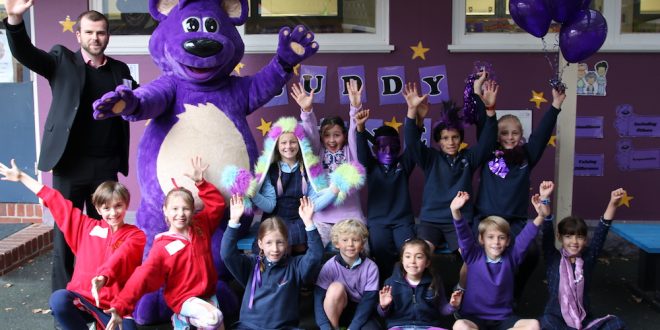 Photo: The Alannah and Madeline Foundation

Bullying culture is widespread in Australian schools, yet policies are handed down to schools, only to be scrapped, causing confusion and impeding progress.

The recent dumping of Safe Schools was a disappointment to many, while others see it as an opportunity to widen the scope and include other victim groups in a new generalised response.

One thing is certain; too many young Australians are feeling unsafe at school, and with the double-edged sword of increased connectivity, the threat comes home with them. Why does bullying cross both cultural and economic lines? Is it just human nature to bully another into submission, despair, or even suicide, or is there more to it? What is bullying? A widely-accepted definition, published by the Victorian government, is:

“Bullying is repeated verbal, physical, social or psychological aggressive behaviour by a person or group directed towards a less powerful person or group that is intended to cause harm, distress or fear.”

Advocates say it is important that the community understands the difference between unpleasant behaviour, or rudeness/meanness and bullying. Behaviour is bullying when it is repeated; where harm is intended, and where there is an imbalance of power, socially or physically.

The role of social skills in combatting bullying

Christine Sully, director of Incursions R Us, an organisation offering anti-bullying incursions around Australia says no child is born a bully and “inability to control emotions triggered by deeply ingrained experiences or other life challenges can result in anti-social behaviour”.

“Anti-bullying education needs to show young people how to master their emotions, and teach practical ways to self-regulate back into the ‘learning focus calm zone’.”

“With our training, we are focussed on education around ‘social smarts’ as the foundation of any effective anti-bullying culture,” Ms Sully says teaching ‘expected’ and ‘unexpected’ behaviour is paramount. “It should also be noted that victims almost always struggle with social skills,” Ms Sully added.

Ms Sully says that if the perpetrator is outside the school, the matter is escalated to involve police and the legal system. “Penalties are harsh now for cyber-bullying, which is why it’s important all children are trained in safe cyber practice.”

“The facts are children as young as seven have their own YouTube channels and partake in programs like Musicl.ly.” Ms Sully acknowledged the value of the tools to develop confidence, and to practise performing arts and presenting skills, but says with ‘fame’ comes attention, and it’s not always positive.

“I know of an eight-year-old with a popular YouTube channel who was celebrated at school for her work by many; she was also victim of bullying and negativity, which made her want to shut down her Channel.”

Ms Sully said the situation was dealt with head on, and the eight-year-old stood before her class, explained her love of presenting and filmmaking as “her special smarts” and shared her dream of becoming a filmmaker.

The situation was punctuated by a collaborative class video, which was shared safely and responsibly with family and friends.  Her courageous resolution embraced what Ms Sully sees as the three qualities students must master to handle bullying at school and in the future: “logic, resilience and social smarts.”

While in this case, the teacher had a real-life example to play with, Ms Sully said, “teaching these skills though roleplay can be effective and engaging for students”.

“Schools must have a clear, logical, holistic effective system and set of social rules in place,” she advised. “They must encourage the students to follow procedure, to support each other, to communicate with their teacher.”

Oscar Yildiz JP is the CEO of Bully Zero Australia Foundation (BZAF) and a troubled personal history has brought him to dedicate his energies to the national charity.

“We’ve saved 93 people from potential suicide; that’s 93 people who came into this world with hope, and almost left it in the clutches of despair. To me that’s worthwhile, yet, we are still destined to achieve all of this with absolutely no government funding.”

“Starting out, we wanted to create an environment where we were no longer needed,” Mr Yildiz said, “but it seems that where there is human interaction, there will be bullies”.

Mr Yildiz’ motivation is deeply personal, and he says educating community members to intervene is vital. Growing up on a farm in a small South Australian town, Mr Yildiz was physically bullied, and it was allowed to continue: “I’m genuinely lucky to be alive; I was beaten up regularly by five guys so badly that I have partial deafness from the repeated ongoing blows.”

Oscar Yildiz: “It’s so ingrained in the culture that many adults don’t even understand what bullying is, or the effect it has on victims.”

So, what can be done? He says, “education and change at a grassroots level, and a clear, sound, and inclusive policy, which is well-understood by all.”

Schools also need support to respond: “Victims’ families often say, ‘the school didn’t care’, but, in many cases, the school did care, they didn’t have the available resources required to deal with the situation.”

Mr Yildiz says parents need to take responsibility: “These are all learnt behaviours, bullies are not born, they are made – and they are definitely not made at school.”

Mr Yildiz says most young children who bully are copying behaviour modelled to them outside school. “Ignoring this behaviour in a school setting issues a ‘green light’; they need to be told: “No, that’s bullying!” He says we must contextualise these corrections, by actively teaching empathy as a curriculum priority he recommends: “The best way to get people to change is to make them feel things.”

Mr Yildiz says students need to understand the impact of bullying behaviour: “When we go into schools, we don’t hold back, we say it how it is. Of course, we customise it to the cultural needs of the school community, but we make it clear that bullying is a serious business.”

In the impending absence of Safe Schools, Mr Yildiz says he hopes governments will fund programs that support LGBTIQ students, as well as the broader range of victim groups plagued by inescapable bullying: “We’ve offered broad-spectrum anti-bullying education in schools for years; I’m hoping our national charity may be funded to build on the comprehensive effort we have managed without government help.”

Breaking the cycle of violence

General manger programs, Linda Barry said, “the foundation’s key objectives are to care for children who have experienced or witnessed serious violence; reduce the incidence of bullying, cyber bullying and other cyber risks; and, advocate for the safety and wellbeing of children”.

Mrs Barry explained that trauma occurs when an event is so frightening it causes a prolonged alarm reaction, where the body is primed and pumped with chemicals and enzymes such as adrenaline, and cannot easily calm down to a base state.

She said that trauma can occur from many things, including episodes of community-based violence, exposure to war, but more commonly, through domestic neglect and abuse.

“Children who live with domestic violence grow up in an environment that is unpredictable, filled with tension and anxiety, and dominated by fear. These children are forced to worry about the future; they try to predict when it might happen next and try to protect themselves and their siblings.”

She says trauma creates an altered neurological state in any person, however children are far more vulnerable as their brains are not fully developed. “Children and young people’s reactions to domestic trauma can range from ambivalence and sadness to self-blame or even terror,” she continued. Behaviours ranging from poor concentration and withdrawal, to disassociation or aggression can result from exposure to domestic violence.

“We know that children imitate behaviours they observe. If they observe violent or bullying behaviours at home there is a high degree of probability that they will copy that behaviour,” Mrs Barry explained.

She cited a study titled ‘Violence in the home leads to higher rates of childhood bullying’ conducted by the University of Washington in 2006 that showed “children who were exposed to violence in the home engaged in higher levels of physical bullying than youngsters who were not witnesses to such behaviour”.

“Parents are very powerful role models and children will mimic the behaviour of parents. They may think, ‘If mum or dad can do this, perhaps I can also do this to make a point or to get my way’.”

Mrs Barry says schools can be one of the most important protective factors for vulnerable children, and central to this is the relationship between the child and teaching staff.

“Having teachers trained and supported in understanding the impacts of trauma and ways to manage bullying behaviours can decrease incidences of violence within the school community and support individuals to flourish”.

“Schools generally are doing a terrific job, despite the crowded curriculum. Policies and practices focusing on wellbeing produce environments where bullying does not flourish. We recommend that schools implement values education, social and emotional learning, conflict resolution and respectful relationships as much as possible, and we stress the importance of leaders and all staff modelling the behaviours they want to see demonstrated by students.”

Suzy Barry is a freelance education writer and the former editor of School News, Australia.
Previous Report sparks concern about how schools support students with disabilities
Next Bike storage key to getting students on the move? 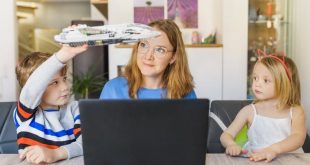 6 strategies to juggle work and young kids at home: it’s about flexibility and boundaries