Are we failing children with our response to dealing with learning difficulties? Policies that dictate how schools can respond to these students, such as ability streaming, and dedicated teacher’s aides – are they helping or hindering?

We fail children who experience difficulty in school and with learning almost every day in Australia and in so many ways. These children can fall through a myriad of cracks: cracks that appear in some schools and not others, cracks that exist for different reasons whether they be capacity, belief or resource-related, and cracks that are exacerbated by industrial relations and education policy. Whatever their origin, these cracks need to be addressed.

Pushing children ever closer to the edge are well-intended practices that end up being a double-edged sword. Take, for example, “ability grouping”. This can occur at school level (academically selective schooling), at year level (otherwise known as streaming) or classroom level (like graded reading groups). While the latter two are often employed to reduce or control the range of abilities within a class and thereby reduce pressure on individual classroom teachers, ability grouping is not always good for students.

Doing this at year level, where students are streamed into classes based on ability, can have several repercussions. Firstly, homogeneous grouping has been shown to have little benefit for either higher or lower-achieving students. Research has consistently found that higher-achieving students become vulnerable to a “big fish little pond effect”, while lower-achieving children are severely disadvantaged by the removal of positive peer role models, less intellectual challenge and reduced expectations. Believe it or not, we’ve known this for almost 50 years.

Secondly, far from providing additional attention for lower-achieving children, year-level streaming concentrates disadvantage. Let me give you an example.

When conducting observations as part of an ARC project investigating increases in the identification of special educational needs in NSW government schools, I spent time in one such class. It had been given the ambitious title of “3/6 Booster Class” but in reality was anything but.

The school, which was located in a severely disadvantaged outer-metropolitan area of Sydney, had decided to group the lower-achieving students from years 3 to 6 in one class. The result was mayhem. From the time I entered the classroom to the time I left, one boy sat on a computer playing “shoot ‘em up” computer games. This was, his teacher informed me, the best way to “keep him quiet”.

On the other side of the room was a row of five chairs against the wall, which were used as time-out stations. They were not only fully occupied the entire time that I was in the classroom but had spilt over onto a beanbag in the corner where one boy lounged – forgotten – with nothing to do.

The teacher, well-meaning and enthusiastic but completely out of her depth, was on a temporary contract and only a year out of university. A lot has been said lately about university teacher education but, frankly, nothing could have prepared her for this. Even a highly experienced teacher with special education training would have had trouble.

Ability grouping at the classroom level (sometimes called “within class ability grouping”) is often touted as a way of coping with diversity in the classroom and as a means to simplify differentiation. However, the side-effects make it poor medicine. No matter how cheerfully the groups are named or what colour they are, children work out very quickly which are the top and bottom groups.

Being in the top group might be affirming but being in the bottom group can have a corrosive effect on academic confidence and self-concept. The first and most enduring thing that lower-achieving children learn from any kind of ability grouping is that they are not as “smart” as everyone else. Add the use of labels to the mix and suddenly you have a child who believes that something about them is defective or broken.

Despite intense focus in university teacher education on the harmful effects of labelling, it is ubiquitous on the ground in schools. This is fed in part by funding mechanisms that require a diagnosis within an eligible disability category but, more often, it is fuelled by a lack of understanding about the power of language and the time pressures that teachers face.

In some schools, these come together in a crude type of short-hand for communicating children’s difficulties in learning. The result is neither pretty nor effective. In some cases, diagnostic labels supplant the child’s own name and identity; in others, new labels are created.

Such careless use of language was clearly evident during the interview stage of my ARC research:

I have the ODD [Oppositional Defiance Disorder] kid. I’ve got John who’s just come back. Um, he’s been suspended twice. I have Darren who can’t write. I have Andrew who is highly functioning but he’s ADHD so he’s constant. Um and then there’s a couple of others – Elliot is elective (sic), elective mute so … And that’s just in my class, and we’ve broken the grade up. So in other classes, there are an equal number of students that are equally needy, just within Year 6.

The special ed needs have increased. Yeah. For some reason the children (pause) … don’t seem to be as bright, yeah. We have a term here called ‘DAS’. It’s not very nice, but we have a lot of ‘DAS’ kids here: ‘Dumb AS’. Whatever. And they’re demanding! Really demanding on my time. When they’re away, so much more gets done. So much more gets achieved.

A common response to classroom diversity is to install a teacher’s aide. However, this too can be a double-edged sword because teacher aides are poorly utilised in Australian schools.

Typically teacher aides are engaged as “crowd control” or to “provide support” to a particular set of children within the class. However, the first is a wasted resource and the second introduces another set of problems.

When used as crowd control, teacher aides can spend a great deal of their time idle. Interestingly, as part of our observations in a current project tracking Queensland prep children through the early years of school, we’ve noted that the stronger the teacher, the more idle the aide. Many spend their time sitting in the corner of the classroom, occasionally admonishing the more rowdy children and/or cleaning up after them.

This is a waste of precious funding, which could be put to better use in the provision of high-quality, evidence-based, early intervention programs (for teachers as well as children). However, because teacher aide support is a bit of sacred cow in Australia and because teachers are not really taught how to put them to best use, ineffective practice persists.

So, crowd control is a waste but what could possibly be wrong with using teacher aides to provide support to children with additional support needs? After all, isn’t that what they’re there for?

It is often assumed, particularly by parents, that a teacher’s aide should be there to provide one-on-one support for their child, especially if their child has a confirmed disability and has been allocated individual support funding. This is a reasonable expectation when a child has very high support needs, but it can lead to social isolation, learned helplessness and stigmatisation. It can also mean that the child with the greatest support needs is being taught by the least qualified adult in the room.

These are not new problems, although they have been increasing in severity, partly because of the pressure that our schools now face to perform. In all of the common “solutions” to children with additional support needs that are offered or requested – whether that be in the form of more special needs funding, more teacher aides, smaller class sizes and the like – few acknowledge a fundamental truth.

Children are different. They arrive at school from different backgrounds and with different temperaments, abilities, likes and dislikes. Not all can scale the academic school curriculum at the same pace and some may need more intensive supports than others.

The truth that tends not to be acknowledged is that while children are different, schools – in the main – are not. This produces a less-than-ideal fit and the use of a whole series of add-on measures like those I describe above. Australian education systems also employ what I like to call “wait-to-fail” support models with the aim of ring-fencing scarce funds but which end up costing more in the long run because early learning and behavioural difficulties become entrenched.

So, rather than spending millions on standardised assessments to see who makes the grade in years 3, 5, 7 and 9, I’d like to see massive re-investment in the early years of school to support the children whom teachers already know are experiencing difficulty. These are the ones who could end up being labelled “Dumb AS” in Year 6 and potentially drop out in Year 9 or 10, so it would be a far better investment.

This piece was written by Linda Graham, Principal Research Fellow in Education, Queensland University of Technology. The article was originally published on The Conversation. 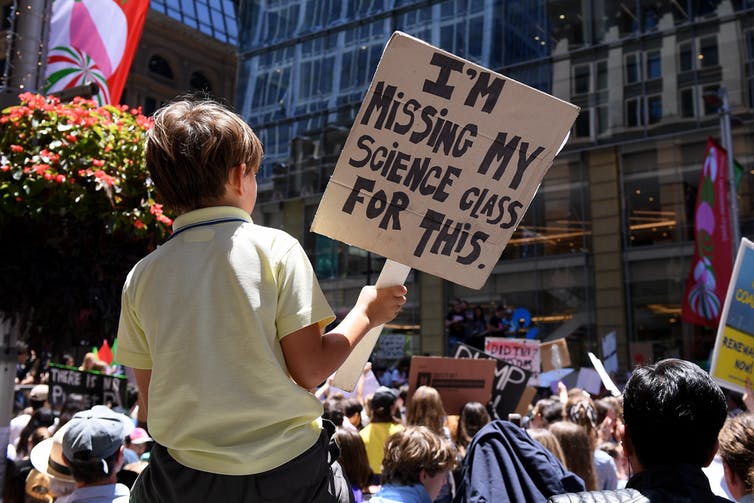 Student protests show Australian education does get some things right 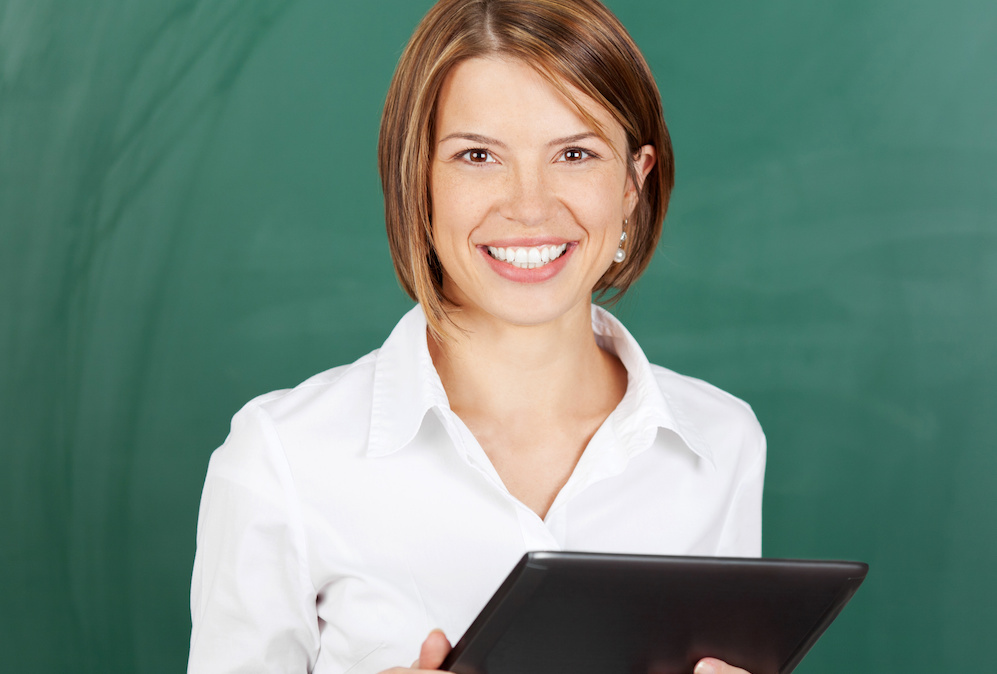 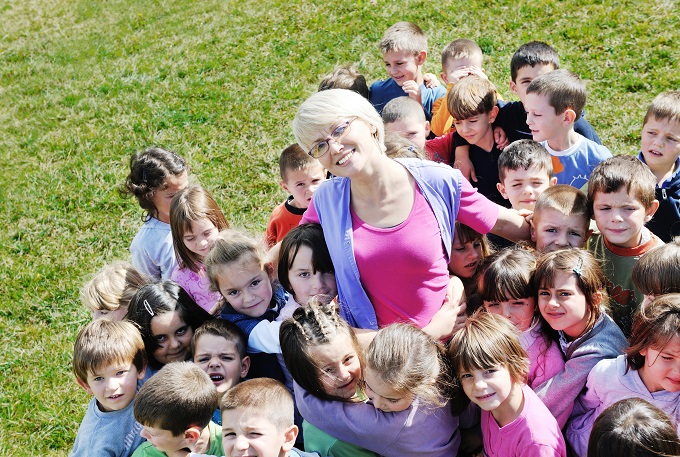 Reinstating respect for teachers: What can be done? 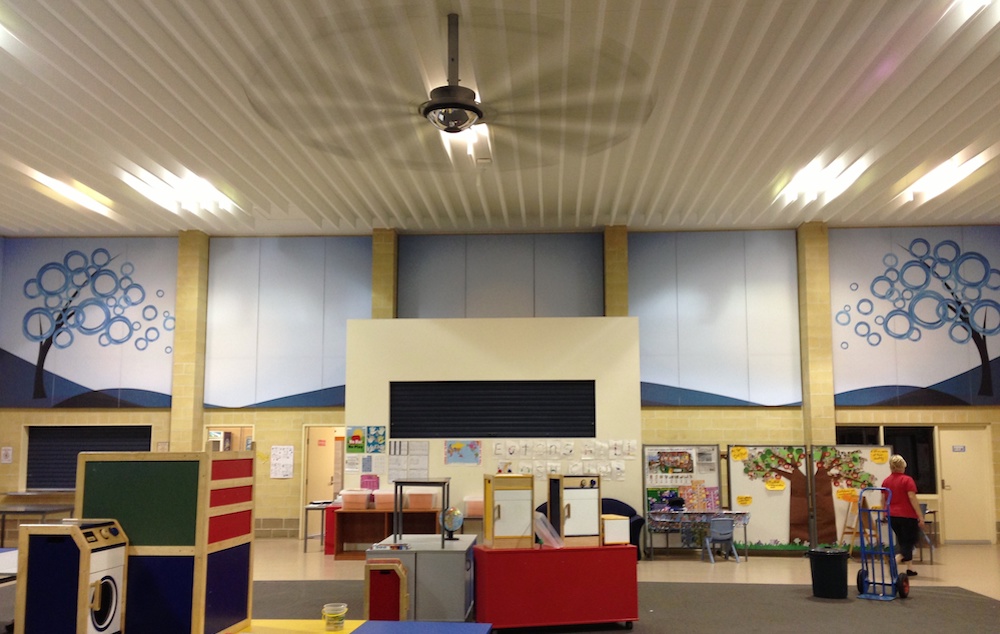