From suburban garage to world stage…

It all started in the early 1960’s in a garage in suburban Enfield, NSW. What started back then as Christian Sound (incorporated as CS Services) has grown to be one of the most well respected and diverse Professional Audio and AV solution providers around.

Back then the Company was focused on the needs of the local church, schools, government and community events.  Professional audio was in its infancy, and the Company resorted to the manufacture of many of the products it needed, ranging from multichannel mixing consoles and amplifiers, though to the now iconic range of PEM self-powered portable loudspeakers.  Installations in Sydney Churches and schools numbered in their thousands through those times, and it is still not uncommon to find an installed speaker cabinet in a Church with the CS trumpet logo attached.

The Company thrived and continued to develop unique solutions to sound reinforcement challenges well before commercial solutions were available.  Large scale three-way loudspeaker cabinets were designed to provide sound reinforcement for a crusade at Randwick Racecourse, and the original ‘Bose Trees’ were created to provide a novel rigging solution for indoor and outdoor spaces.

After some time the Company adopted ‘the p.a. people’ as a by line under the CS Services brand, which around 1981 evolved into the adoption of The P.A. People as the company’s trading name. 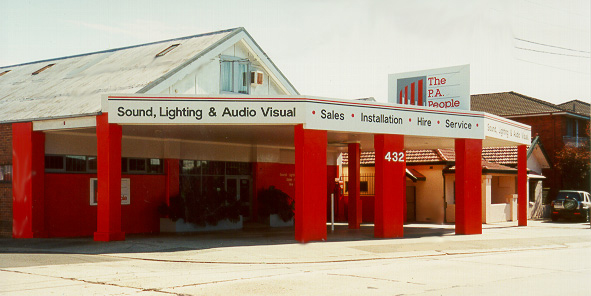 In 1985 we secured the contract to provide the sound systems for Carols in the Domain and the Sydney Festival Concert Series including the Australian Opera and the Symphony under the Stars, a contract we held for the next ten years.  Our unique approach was based on a larger version of our Bose trees, building on the concept originally developed years earlier.  Our Concert Production arm was born and thrived for the next ten years.  In 1990 we ventured into the world of Concert Touring systems with the purchase of a significant Turbosound TMS3 system powered with custom designed Australian Monitor amplifiers.  The system was selected for their Australian Tours by the world’s elite artists including Gloria Estefan, Diana Ross and James Taylor.  We eventually chose to exit the touring space and the Concert Production arena more generally in 1995.

The late 1980’s saw the product manufacturing arm of the business develop into a separate but wholly owned entity named Creative Audio.  Based in Brisbane, the business initially continued the production of mixer amplifiers and portable loudspeakers and then moved into the development of digital message storage and the ConcertCom range of intercom products.  Creative Audio also became adept at creating custom audio solutions for significant clients, two examples being the development of audio teaching systems for the Schools of Distance Education (Schools of the Air) in Queensland, and the replacement of the Stage Management Systems for the Sydney Opera House.   The Company went on to create the Control Matrix audio paging system which achieved significant international success in the early 2000’s.  Control Matrix was the predecessor of the paging product now known as Vocia with the Creative Audio business eventually sold to Biamp Systems in 2008.

And then along came the turn of the century, and with it the Sydney 2000 Olympics. 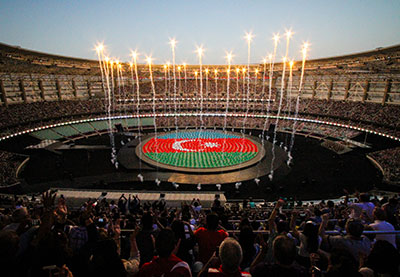 In 1997 The P.A. People successfully tendered for the supply and installation of the sound system for the new Olympic Stadium in Homebush.  Under the watchful eye of the US consultants, we developed the design to suit Australian conditions and commissioned the system prior to the opening of the venue in 1999.  We are extremely proud of the fact that since that time we have operated the system for every event at the Stadium, upgraded the system on three major occasions, and serviced and maintained the systems throughout their life.

The P.A People’s involvement in the ‘best games ever’ also included sound systems installations for the Aquatic Centre, the RAS showgrounds and the Velodrome; the site wide PA systems in Sydney Olympic Park; the contract to deliver the entire temporary AV package for the ‘non-competition’ Venues; along with the Communication Systems for the Opening and Closing Ceremonies, and the majority of the Sports Venues.

What we had expected would be a once off event has now become a very significant part of our business.  Out of the remnants of our Concert Productions business quickly rose what is now known as our Event Communications department.  With five Olympic Games and countless other national and international events behind us, The P.A. People’s Event Comms team are known as one of the significant providers of large-scale Production Communications systems on the world stage. 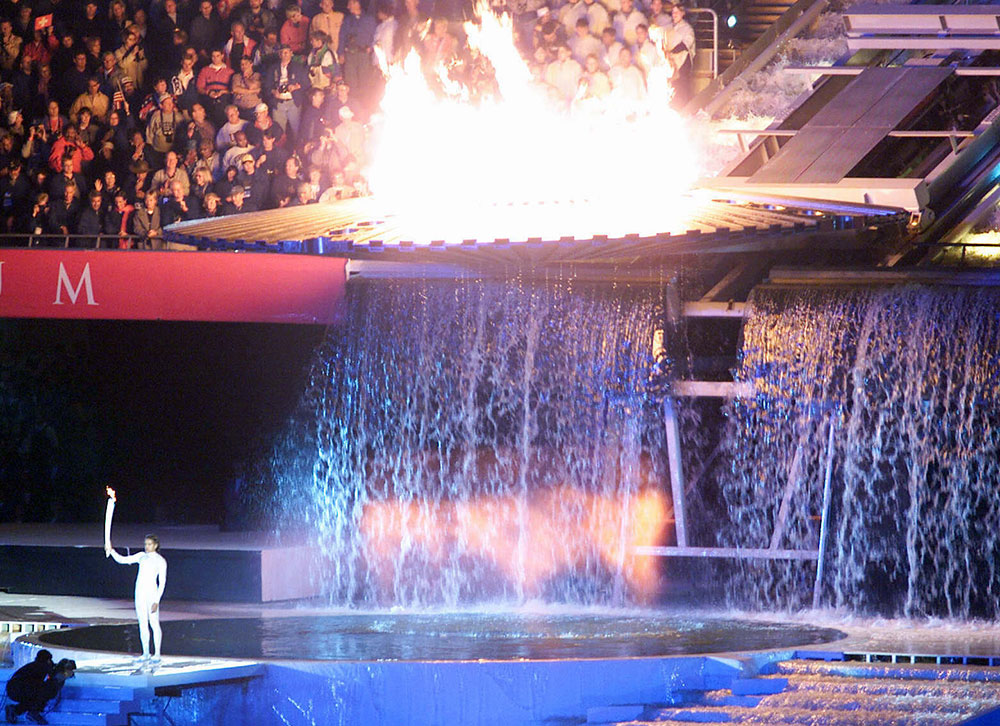 The Company continues to be an innovator in the provision of venue infrastructure across Australia.  We have worked in over 15 of the country’s major sports venues and countless theatres and performing arts spaces, designing and installing audio systems, production communications, stage lighting, IPTV systems, LED screens and video production equipment.  In many of these venues our tenure incorporates repeat engagements over periods spanning almost four decades. 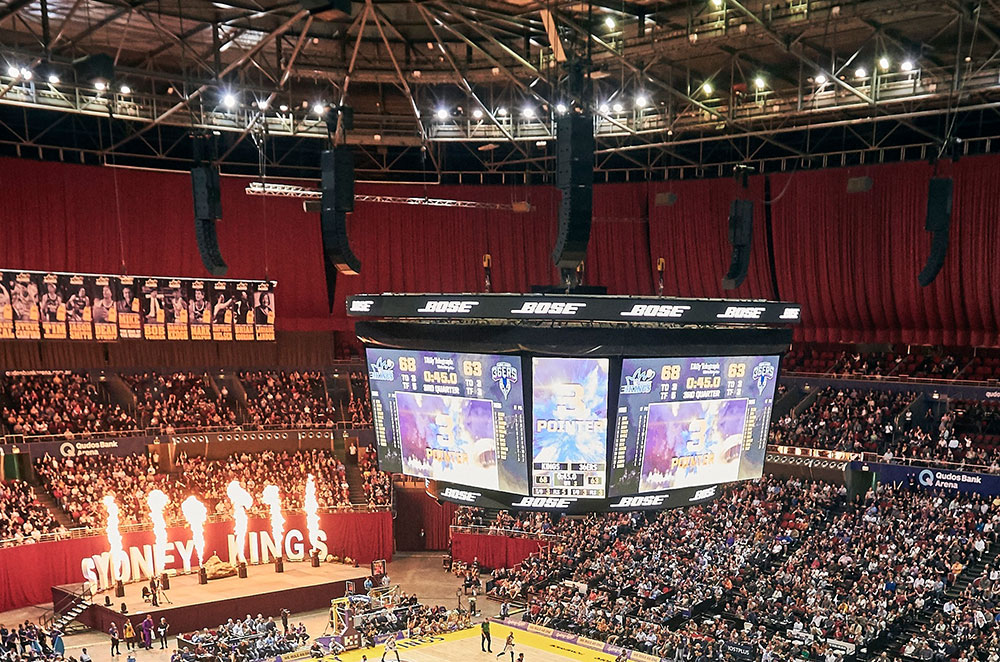 Recently The P.A. People re-entered the audio production market with the acquisition of a significant inventory of Bose ShowMatch cabinets and Linea Research amplification. The systems have been deployed for corporate events in the International Convention Centre and for the opening of the Woman’s T20 Cricket World Cup, as well as regular support of the Sydney Kings basketball and Sydney FC football teams.

There have been many other significant projects along the way – the Communications Package for the Sydney New Year’s Eve fireworks, the Audio and Radio systems for the Australian Formula 1 Grand Prix in Melbourne, and the design and fabrication of the iconic 3m high ‘AO’ LED logo for Tennis Australia. 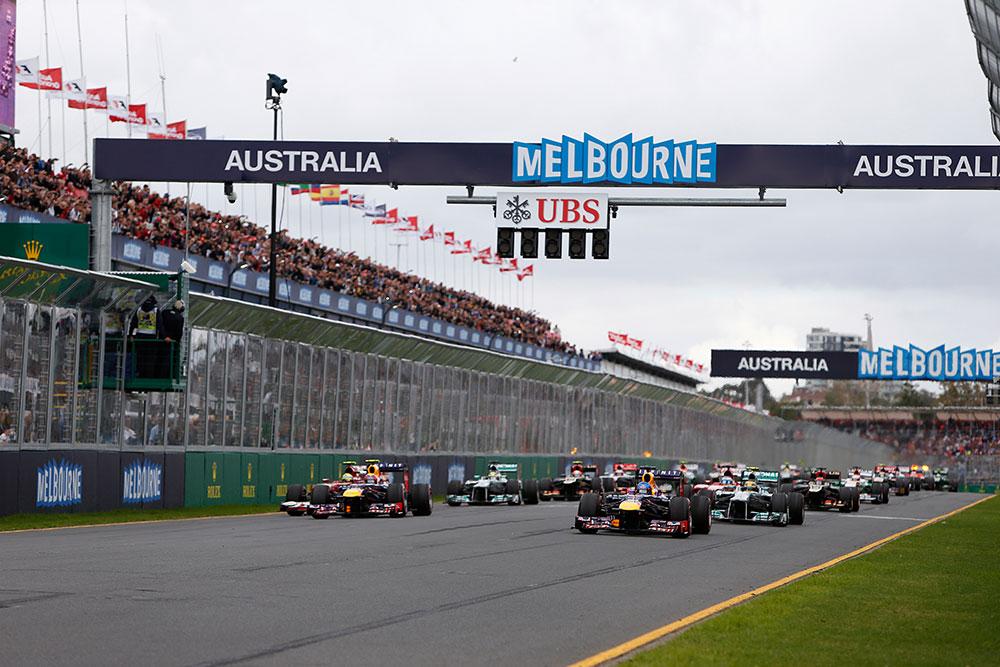 Throughout our history, a trademark of The P.A. People has been our people.  Many of the folk who grace our industry today cut their teeth with or at The P.A. People and we are proud of the legacy these folk have created – and there are some 200 of them that have worked for us in a full time capacity, not to mention hundreds more in a casual capacity.  A big thank you to all who have worked with and for us – the Company is clearly better for your contribution.

And lastly thank you to our Customers and Suppliers – we literally would not be still here after 50 years without you.

It is our intent to continue our celebrations of this significant milestone throughout the second half of this year, and we look forward to engaging with each of you throughout that period. Meanwhile, stay safe in these uncertain times, and on behalf of the team, thanks for being part of our journey.