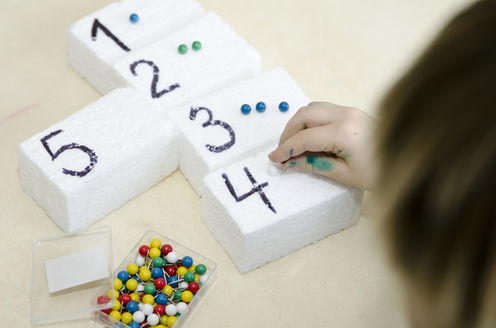 Australia is struggling to improve its performance in maths due to a lack of continuity in policy-making.

While Australia tends to plan in three-year cycles, the countries that are performing the best – or making significant improvements – in international rankings for maths, such as Singapore, Finland and Japan – tend to revise their maths curriculum every five to six years.

This allows teachers to become fully acquainted with new initiatives and provides time for the bedding down of any changes to previous practice. It also allows curriculum developers and system administrators to evaluate the effectiveness of innovations.

So what impact has a lack of continuity had on maths education in Australia?

The last two international tests revealed that Australia is failing to improve in maths education.

In the 2015 version of Trends in International Mathematics and Science Study (TIMSS), Australia was 22nd in Year 4 maths, and 13th in Year 8 maths, a decline from 18th and 12th respectively in 2011.

In the Programme for International Student Assessment (PISA), Australia was 18th in maths, down from 12th in 2012.

The results of these assessments indicate that the performance of Australian students is declining in both an absolute sense and in comparison to students from an increasing number of other nations.

The government and opposition have blamed each other for the situation, claiming the failure of respective policy direction and its implementation.

It is hard to ignore the fact that there are nations that have made changes to their approach to maths education and made significant comparative progress.

In the case of Singapore, revision of the curriculum does not mean throwing out all aspects of previous practice and beginning again. Rather, it means a meticulous process of reviewing what has been effective and what needs to be improved or added to prepare students for the world they will move into – not just the world as it exists.

Curriculum is based on knowledge and practices that have served students well in the past, but is also future orientated.

This period of time also provides an opportunity for curriculum developers and system administrators to evaluate the effectiveness of innovations.

The approach to curriculum development is national, focused, carefully coordinated and then thoroughly evaluated.

In Australia, however, education is the responsibility of the respective states and territories. This poses a serious challenge for a coherent coordination of our curriculum development efforts.

Development of an Australian curriculum

The Australian Curriculum was heralded as a landmark in national cooperation in education.

Through the process of negotiation for its development and implementation, however, has emerged a determination by states and territories to preserve their differences and distinctiveness.

Some states have been accused of making superficial efforts to align with a national approach.

State efforts at curriculum development have a tendency to respond to whatever political pressure point is being stimulated at any time. For example, the most recent performance on NAPLAN results are prone to quick fix solutions.

Such flightiness brings into question how any long-term effective change brought about and rigorously evaluated.

Consequently, when looking at our national effort, it appears to be disjointed, unfocused, somewhat ad hoc in its development and close to impossible to evaluate in terms of student outcomes.

Australia has created a number of measures to help improve its performance in maths. These include:

These initiatives demonstrate the commitment of considerable federal resources for the purpose of enhancing the nation’s mathematical (and scientific) capabilities.

Taken as a suite, this list seems to represent a comprehensive approach to improving students’ mathematics outcomes – all aspects of curriculum, teacher pre-service education and teacher in-service education receive attention.

So why has this (what appears to be) well thought-out plan proved to be seemly ineffective?

Having been part of a number of federally-funded programs aimed at strengthening the teaching capabilities, I think it is fair to say that most have been successful in what they set out to achieve.

Programs such as the Enhancing Training of Mathematics and Science Teachers, for example, were carefully scoped out and then thoroughly monitored throughout their implementation. They are now undergoing stringent evaluation.

But no matter how successful, no program has any chance of securing additional funding. We appear to set agendas, allocate funds, complete projects and then move on to something new – unlike many successful countries that value continuity in their approach to teacher professional learning.

While project leaders will always have in place plans for the sustainability of the work begun through a program, the hard reality is that without further funding those involved will be expected to find new projects and income streams and move on.

This piece was written by Vincent Geiger, Associate Professor and Research Fellow, Australian Catholic University. The article was originally published on The Conversation.

Associate Professor and Research Fellow, Australian Catholic University.
Previous Teased and bullied – the challenges of starting school with a stutter
Next School fundraising for the future