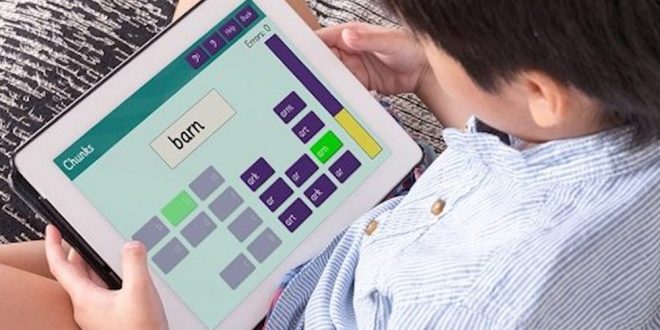 A New Zealand literacy company has developed a test measuring visual recognition speed, an advance which could prove a breakthrough for identifying new entrants likely to have difficulty learning to read.

The test measures how many milliseconds it takes a person to visually recognise a known word and was developed by the Learning Staircase, founders of literacy programs Steps (software) and StepsWeb (online).

The visual word form area of the brain, the occipito-temporal, is activated when a learner visually recognises a whole word and is vital for reading fluency. Dyslexic learners have been found to not utilise this area of the brain although it can be activated with correct teaching, says Learning Staircase managing director, Ros Lugg. Interestingly, their findings indicate that there appears to be a much larger group of people affected by the same issue, she says.

“The test automatically sets the speed of activities designed to develop this area of the brain and tracks progress as visual recognition speeds increase.

Ms Lugg is a qualified assessor with around 20 years’ experience of assessment, and provides professional development training to RTLBs and SENCOs in schools.

Over a number of years of assessing adults with persisting or severe literacy difficulties, it was noticed that almost all had difficulty recognising a word flashed at a relatively slow speed. Many had difficulty even seeing the word at all. Similar results were reported by a number of schools who were using the Learning Staircase programs with younger learners.

As a result of these observations, Learning Staircase developed a prototype test on StepsWeb, which aimed to measure how many milliseconds it takes a learner to visually recognise a known word. This prototype was trialled in local schools.

At Fernside School in Rangiora, a new entrant class of 21 learners (aged five or six) was tested using the prototype test. First, the teacher was asked to identify any children of concern. She identified five of concern, three of whom were of major concern.

The fastest speed measured by the test is 50 ms, which is compatible with fluent reading. Interestingly, some of the class were already scoring at 50 ms. However, the average speed for all 21 learners was 219 ms. The average speed for the children of concern was 380 ms. The three children of major concern were the only ones to score at slower than 400 ms, scoring at 500 or 600 ms. (Note: the test was revised before the main study – scores are not directly comparable.)

In this instance, the test would have correctly predicted the learners of concern, says Ms Lugg. This finding has been confirmed by the main study, which tested 977 learners aged five to eight in 17 schools in New Zealand. This study was conducted in conjunction with Auckland University, who analysed the results. Results showed that there was a statistically significant link between literacy progress and visual recognition speed. The test could even be used with five-year-old pre-readers as an indicator of learners likely to struggle with literacy.

“The results appear to be consistent with fMRI research into the operation of the occipito-temporal area of the brain, which is under-utilised by dyslexic learners. Supporting research in this field indicates that this area is activated if a word can be recognised at faster than 150 ms.  Learners not able to recognise words at this speed are likely to be using the decoding areas of the brain instead of the areas needed for true fluency.”

This test represents a major breakthrough for educators, says Ms Lugg. Where previously only researchers have been able to measure this aspect, the test is now available to teachers and parents through StepsWeb. “The significance is that, for learners in this category, the ‘more of the same’ approach to literacy is not likely to work. To achieve genuine reading fluency, it is essential to activate this key area of the brain.”

Anna Clements is the print and digital editor for School News, New Zealand. She has a background in newspapers, magazines and television, and spent six years working as an editorial advisor to a group ECE centres.
Previous Is the virtual reality revolution upon us?
Next Unlocking History removes barriers to experiential learning