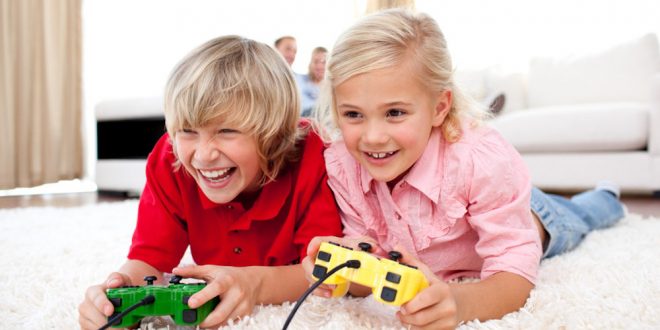 Most parents view their children’s playing of electronic games as potentially problematic – or even dangerous. Yet many children are engaging with electronic games more frequently than ever.

Concerns about electronic gaming do not stack up against the research. So, how much gaming is too much for young children?

Electronic games (also called computer or digital games) are found in 90% of households in Australia. 65% of households have three or more game devices. Given this prevalence, it’s timely to look more closely at electronic game playing and what it really means for children’s development and learning.

A study of more than 3,000 children participating in the Growing Up in Australia: Longitudinal Study of Australian Children explored children’s electronic gaming. This national sample was broadly representative of the Australian population.

The study had two phases:

How much time do kids spend gaming?

As the table below shows, there was wide variation in the number of hours per week the children spent playing electronic games.

How much time should kids spend gaming?

Taking into account family background and parental education, the good news is that low-to-moderate use of electronic games (between two and four hours per week) had a positive effect on children’s later academic achievement.

However, over-use of electronic games (more than seven hours per week) had a negative effect on children’s social and emotional development.

Children whose parents reported they played electronic games for two-to-four hours per week were identified by their teachers as showing better literacy and mathematical skills.

Surprisingly, children who were reported as playing electronic games infrequently or not at all (less than two hours per week) did not appear to benefit in terms of literacy or mathematics achievement.

However, children whose parents reported that they played electronic games for more than one hour per day were identified two years later by their teachers as having poor attention span, less ability to stay on task, and displaying more emotional difficulties.

As the graphs below show, moderate game playing was associated with the most benefits both academically and emotionally.

Are some games better than others?

Electronic games known as sandbox games are recognised as offering opportunities for collaboration with others while engaging in creative and problem solving activities. One of the well-known examples of a sandbox game is Minecraft.

Social interactions are important in supporting children’s engagement in electronic games. A closer examination of children’s experiences at home may be beneficial in understanding the context of gaming in everyday life.

Often viewed as a leisure activity, studies show that when parents and siblings participate in the game playing, they offer opportunities to negotiate with each other, and engage in conversations and literacy practices. All of these potentially contribute to the child’s language, literacy and social development.

This contextual information is clearly relevant for consideration in any further research that explores the relationship across children’s electronic game playing, learning, and wellbeing.