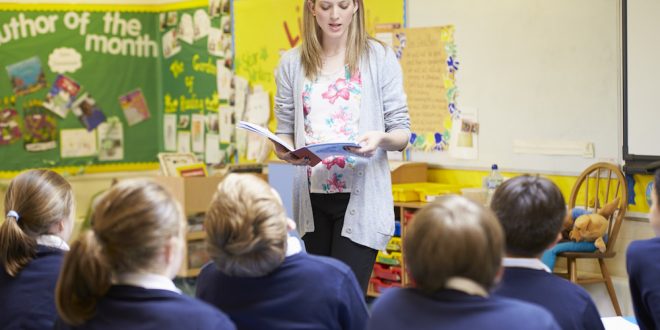 Is there a crisis in public education?

It is widely claimed that there is a crisis in public schooling, or at the very least, that there is something profoundly wrong with it.  This is, unsurprisingly, a common reform and lobbying tactic.

Talk of “crises” in schooling can provide important “reform windows” in which government, lobbying groups, unions and pundits push their reform agendas. However, the exact nature of the crisis is hotly contested.

For some, such as the authors of the review of the Australian Curriculum, the problem lies in the need for schools to pay greater attention to “the impact of Western civilisation and Judeo-Christianity on Australia’s development”.

When it comes down to it, each of these proclaimed crises reflect different points of why we have a public school system, and what we want it to look like and do.

Ultimately, this is about different views surrounding the purpose of public schooling.

The purpose of public schooling

In Australia the term “public” is often used as a stand-in for state- or government-funded schools.

At a most basic level, this funding indicates that schooling is a common concern to be funded and regulated by government, rather than driven by purely private and individual interests and resources.

Underpinning this is a desire for schooling to develop and reflect a democratic and equal Australian society. But does our current school system achieve this? To answer this, we need to look at three key aspects of schooling:

1) Despite recent reports of a flattening of private school enrolments, Australia has a highly successful private school sector that is bolstered by government support and funding in addition to charging parent fees.

A recent report showed that government funding to independent and Catholic schools has increased at twice the rate of funding to public schools.

These funding arrangements exacerbate rather than challenge the existing social inequalities that exist in Australia. The vast majority of disadvantaged students attend public schools, and our schooling systems are highly segregated on the lines of socioeconomic status.

Research suggests these trends are further exacerbated by the rise of schooling markets and school choice, in which parent choice can lead to further social and cultural segregation in Australian schools.

The nature of public schools is also changing rapidly. For instance, an often overlooked recommendation in the Gonski review of school funding was the support of philanthropic funding in public schools. This welcomes private funds into public schools in unprecedented ways, raising questions surrounding the capacity for private influence.

2) For many in Australia, access to school education is not a given. There are numerous examples that highlight how our school system is not catering for the needs of our diverse society.

For instance, there are those whose needs are still not being catered for. On example is students with disabilities, who are often still excludedfrom quality education.

Here, we come to questions of “who counts” in public education.

Reports revealing the lack of education and rights for child refugees and asylum seekers in detention demonstrates that in Australia, public schooling does not in fact operate for all of those under its care.

When the right to education is denied to some, the pursuit of equity and justice is gravely undermined.

3) Government is not a stand-in for the public when it comes to public schooling.

Recent funding debates around Gonski – a needs-based funding model – have put a spotlight on government funding as the core lever for social equity.

And when it comes to this, government does not always act – and has not acted – in the best interests of all.

For example, through segregating education governments denied Indigenous Australians’ access to a shared schooling experience and included curricula that did not recognise Indigenous language, knowledge or culture.

This shows that government can, and does, actively take a moral and political position that seeks to minimise the visibility, safety, and standing of some groups.

The value of public schooling

While government has a clear role in this, ultimately this consideration is one that extends far beyond the arms of government and into the diverse communities of Australia.

It requires the lively debate and action from teachers, students, parents, and community members.

This is particularly important as Australia navigates an increasingly uncertain global political context, as well as abiding social inequalities.

It involves facing the hard realities of past and present schooling practices that foster social segregation, exclusion and in some cases deny the fundamental right to education.

Key considerations must include the sorts of communities that are created in our schools and across our schooling sectors; how some Australians are excluded from public education; and how the public might engage with governments that do not always cultivate schooling practices based on inclusion, diversity and equality.

This piece was written by Jessica Gerrard, Senior Lecturer in Education, Equity and Politics, University of Melbourne. The article was first published on The Conversation.

Senior Lecturer in Education, Equity and Politics, University of Melbourne.
Previous Is teacher PD our only way forward?
Next How to engage digital natives in library research