A few years ago I was privileged to deliver a paper entitled “Shaping Australian Secondary Students’ Attitudes to STEM Education” at the 64th International Astronautical Congress held in Beijing.

One aspect of this paper examined the various factors that came into play when students were considering their subject choices beyond Year 10, when mathematics and the sciences were no longer compulsory. One of the many factors considered was the school’s web portal, and the recognition that schools gave to the STEM subjects in relation to other academic and co-curricular programs.

Over one weekend in June 2013, I undertook an analysis of the top 120 Victorian secondary schools, in order to understand the status attributed to the STEM subjects/programs in relation to other areas of school learning. These schools were a mix of Government, Catholic and Independent schools, as reported by the Better Education (2013) website. This analysis, which is summarised in Figure 1, clearly showed that Sports and Arts were accorded a greater focus than the STEM subjects.

Though STEM subjects are usually acknowledged on the curriculum page of a school’s website, this page is usually buried within the school’s portal and are thus not accorded the same reverence as some other learning areas.

Emphasis on sport and music

Disappointingly, the STEM learning areas received limited recognition, with science receiving 14% and mathematics 9%. Robotics, generally considered a way of enriching students’ experiences in learning, featured in only 3% of the school websites.

This lack of recognition of the STEM subjects from the school website analysis aligns with the enrolment data reported in the Health of Australian Science Report. This document reports that the number of students enrolling in the sciences have been in decline, which is in stark contrast to subjects such as music, performing arts, and the creative and visual arts which have seen a substantial increase (Office of the Chief Scientist, 2012). 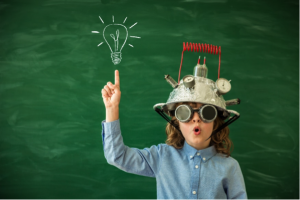 Satellite in a soda can

Indeed up until several years ago, my school was guilty of unintentionally consigning the sciences to the shadows of our outstanding arts programs. But this quickly changed with the implementation of the CanSat program in 2010, which challenged students to design, build and program a functioning satellite that could fit inside the confines of a standard 330 ml soda can. This satellite-in-a-soda-can, or CanSat as it was better known, was then deployed either by a high-powered rocket or a helium blimp to collect and then telemeter hygrometry data to a ground station as it descended from heights that would vary from a couple of hundred metres to one kilometre. This atmospheric sounding experiment that the CanSat undertook, was not too dissimilar to the Huygens probe which descended through Titan’s atmosphere in 2005. The students were doing real science, and they were engaged.

The opportunity to compete on the world stage at the prestigious International CanSat competition held on the French missile test facility ensured that STEM at The King David School would never be in the shadows.

The success of CanSat has spawned an even more challenging program, the FIRST suite of robotics programs that use industry hardware and software to challenge students. With the support of university and industry mentors, students design, build and program a 50 to 60kg robot in a six week timeframe and with limited resources, that could compete in a sporting challenge that takes place on a field that is only a little smaller than a basketball court. The success of these programs has had a profound impact on students and the school community.

Students that never considered science or engineering as a career were not only actively pursuing these areas of study, but one has already embarked on his PhD in aerospace engineering. Another recent graduate of the school is leading the design and development of a receiver system for communicating with a CubeSat, while also applying for an internship with NASA.

In regards to the school, a new Science and Technology Centre has opened its doors this year, with a purpose-built engineering workshop to encourage more students to pursue studies in the STEM subjects..

Re-engaging students with the sciences and the advanced mathematics subjects beyond Year 10 is a challenge. Having a supportive school that values the STEM disciplines, in conjunction with developing/implementing programs that provide hands-on, real world, problem-based learning are pivotal to re-kindling student interest in these important subject areas.

At our Criterion STEM conferences, be prepared for break-out sessions, hands-on and DIY projects, roundtable discussions and networking with delegates from other schools.
Find out more about our STEM events:
Video: www.youtube.com/watch?v=QMy5a1058OA
eBook: www.criterionconferences.com/blog/education/new-ebook-improve-stem-education-skills-outcomes/
2017 Conference: www.criterionconferences.com/event/stem17/brochure/?c=358&slp=