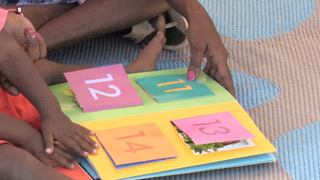 With Close the Gap Day behind us, we may allow the mismatch of opportunity and subsequent educational outcomes to peter out of view. For the Indigenous people of these lands, and those who work with to close the gap, the reminders are daily, and they are numerous.

Close the Gap Day acts as a strong reminder of the critical need for more progress to improve the Aboriginal and Torres Strait Islander teacher numbers, and the depth of focus of Indigenous Education in Australia. We need this reminder every day.

Funding is a major issue. When the MATSITI funding stopped, so did the major push that had underpinned teacher education becoming one of the higher education leaders in this space.

In its final Report, MATSITI Project Director and ACDE Board member, Professor Peter Buckskin, called on the Federal Government to build on the momentum of the previous years.

The MATSITI report recommendations included extending a ‘MATSITI or equivalent employment strategy for a further four years to sustain current initiatives and leverage investments to date’ – a call that so far has not been heeded by the Federal Government.

‘It takes four years to educate a teacher, so why stop after one round of four-year funding?’, ACDE President, Professor Tania Aspland, says.

‘Real, substantial change requires a genuine, long-term commitment to ensuring there are more Aboriginal and Torres Strait Islander teachers to improve Indigenous education and to be role models for future generations of Indigenous and non-Indigenous students,’ she says.

ACDE welcomes the first national Indigenous Strategy, released this month by Universities Australia, as a demonstration of all universities’ commitment to improving Aboriginal and Torres Strait Islander education and representation.

‘However, it is vital to view education holistically with coherent nationwide strategies that bind the very fragmented education system. We must lift the most marginalised and disadvantaged students from early childhood through to tertiary education,’ Professor Aspland says.

The Redfern statement, released by peak Indigenous groups last year, said: ‘There remain too many gaps in adequate national level representation for Aboriginal and Torres Strait Islander people – particularly for employment and education.’

It called on the Federal Government ‘to establish a national body that can call for policies to support Aboriginal and Torres Strait Islander students and communities across all of these educational systems’.

At Australian Parliament House on February 14 this year, the National Congress of Australia’s First Peoples and other peak organisations sought “a commitment from the Prime Minister and his government to commence a period of structured and focussed engagement with Aboriginal and Torres Strait Islander peak organisations on each of the areas identified in the Redfern Statement”.