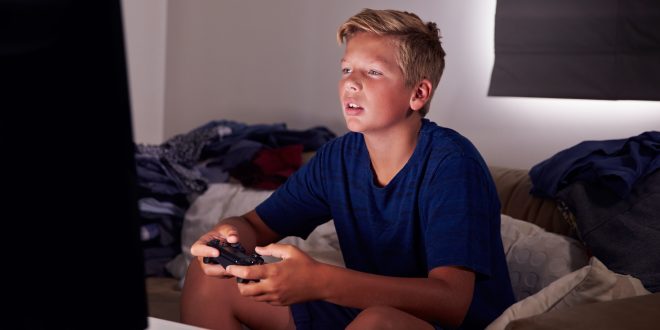 Beyond the classroom, Australian children struggle to manage stress and digital distractions, reveals a new study from The Australian Scholarships Group (ASG) and Monash University.

The 2016 ASG Parents Report Card was released this month, and is the only report of its kind to investigate the state of education in Australia from parents’ perspective. The report, commissioned by ASG and written and analysed by Associate Professor Sivanes Phillipson and Associate Professor Shane Phillipson at the Faculty of Education at Monash University, reveals that while parents’ confidence in the school curriculum remains high, many are concerned with their child’s wellbeing.

Almost half of parents (49 percent) feel that their child is not taught how to manage stress at school very well, while 57 percent of parents believe their child becomes angry when they feel they cannot control things.

“Parents, an essential stakeholder in the education journey, are the only ones able to link the impact of home and school life with the academic success of their children. This year’s findings from the ASG Parents Report Card reveal they are conscious that the balance between academia, and the personal growth required to develop well-rounded life skills, is not being met,” says John Velegrinis, CEO, ASG.

According to the report, six out of 10 (62 percent) parents believe their child is easily upset by negative experiences, three in 10 have expressed concern at their child’s ability to handle personal problems and 28 percent believe their child has poor problem solving abilities.

In addition, the report also found that while 96 percent of parents are confident their child can speak to an adult if they need help, almost one fifth state that they don’t believe their child has friends they can call on should they need support.

“To provide support and make a conscious effort to address these social barriers, it’s essential that parents, teachers and education policy makers, work together to ensure academic excellence doesn’t come at the expense of basic life skills,” says Mr Velegrinis.

According to Associate Professors Sivanes Phillipson and Shane Phillipson of Monash University, the ASG Parents Report Card also highlights that while parents’ aspirations and children’s motivations to succeed continue to drive success, distractions remain an area of concern.

Parents believe daughters (44 percent) tend to focus better on completing schoolwork compared to sons (32 percent) and six out of 10 parents have to continually prompt their child to study.

Parents also feel time management is one of three greatest challenges facing their child’s learning with three in 10 parents particularly concerned with their child’s ability to balance time spent learning and time participating in extra-curricular activities. “Influences such as the use of digital technology and access to screen time have now become part of everyday life for children.

They have also become part of a daily struggle for parents to balance homework and extra activities,” says Associate Professor Shane Phillipson. The use of screen based devices is the number one concern of distractions for parents, with more than half (55 percent) of parents struggling to limit their child’s screen time and over one third of parents do not always know what their child is watching.

The ASG Parents Report Card goes on to reveal parents are mostly satisfied that the educational resources and curriculum available to them will support their children’s academic success. Parents who are confident that the current curriculum will help their children with their future career came in at 84 percent, while nine out of 10 parents rate their child’s teacher as very capable. However, there are growing concerns for some parents (23 percent) who believe the current school curriculum is failing to motivate their child.

Further findings from the report reveal that parents continue to have high aspirations for their children, with many setting their sights on their child’s ongoing education. Almost one third have already earmarked a university for their child to attend (30 percent), 64 percent frequently talk to their child about higher education and 77 percent of parents believe that a degree will help their child to achieve their ambitions. “Parental aspirations are a fundamental driver of success for children however, there is a sense of realism among parents as over nine in 10 parents understand that academic success comes from hard work,” says Mr Velegrinis.

The findings also reveal parents worry about not having enough money to fully support their children’s educational needs.

The ASG Parents Report Card has shown that 85 percent of parents wish they had more money to pay for their child’s education, and more than a quarter of parents (27 percent) admit they must work two jobs to ensure a successful education for their children.

“Parents want to give their child the best possible start in life through education, so it’s not surprising that the financial implications, and burdens of that, weigh heavy on the minds of Australian parents. There’s an opportunity for the Australian government to consider new schemes and initiatives that can do more to help families manage the cost of education.

Education is a fundamental pillar for nation building and we must ensure that the future of our country has the very best access to the educational environment required to help them learn, grow and achieve,” concludes Mr Velegrinis.

About the ASG Parents Report Card

The ASG Report Card describes Australian parents’ beliefs about the capacity of the current educational environment to meet the educational needs of their children. ASG developed the concept of the index and partnered with the Faculty of Education at Monash University, Melbourne, to develop and undertake a study in April 2016. Almost 3000 Australian parents, grandparents and guardians participated in the research, across all states and territories of Australia. The co-authors of the ASG Parents Report Card — Associate Professors Sivanes Phillipson and Shane Phillipson of the Faculty of Education at Monash University — developed the questionnaire and research methodology and worked with ASG to publish the survey findings.

Suzy Barry is a freelance education writer and the former editor of School News, Australia.
Previous Technology an ally for the interactive teacher
Next Innovative learning environments changing the shape of teaching